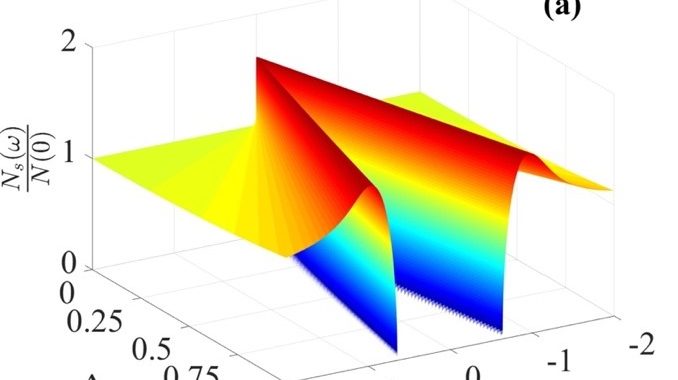 The purpose of the STSM was to study the nature of the transition between the gap and gapless states of a superconductor. It was found that the known for a long-time transition between the gap and the gapless states in the Abrikosov-Gor’kov theory of a superconductor with paramagnetic impurities is of the Lifshitz type, i.e., of the 212 order phase transition. The emergence of a cuspidal edge at the density of states surface N(ω,∆0) (∆0 is the value of the superconducting order parameter in the absence of magnetic impurities) and the occurrence of the catastrophe phenomenon at the transition point were revealed. We study the stability of such a transition with respect to the spatial fluctuations of the magnetic impurities critical concentration ns and show that the requirement for validity of its mean field description is unobtrusive: ∇ (ln ns ) ≪ ξ−1 (here ξ is the coherence length). Finally, we show that, similarly to the Lifshitz transition, the transition between gap and gapless states should be accompanied by the corresponding singularities. For instance, the superconducting thermoelectric effect has a giant peak, exceeding the normal value of the Seebeck coefficient by the ratio of the Fermi energy and the superconducting gap. The concept of the experiment for the confirmation of 2 12 order transition nature is proposed. The obtained theoretical results can be applied for the explanation of recent experiments with lightwave-driven gapless superconductivity, for the new interpretation of the disorder induced transition s±-s++ states via gapless state in multi-band superconductors, for better understanding of the gapless color superconductivity in quantum chromodynamics, the string theory.

The work at the level of its concluding was discussed at the COST workshops “Superconducting Hybrids” in Slovakia (June, 2021) and “Low dimensional superconducting hybrids for novel quantum functionalities” in Paris (October, 2021)

The results are published in two articles: