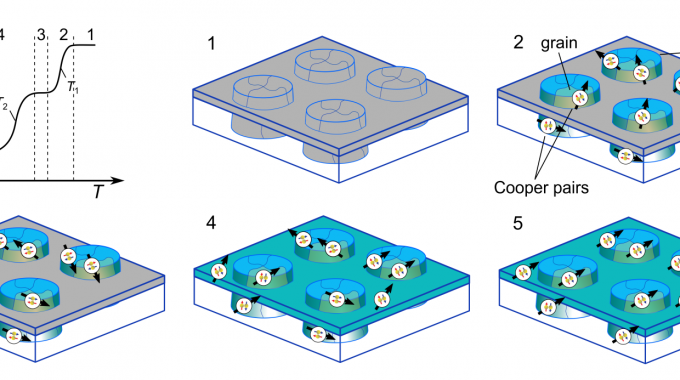 The objective of the STSM was to characterize, by combined microwave and electrical resistance measurements, direct-write Josephson-coupled superconducting island arrays, in order to tune the coupling around the insulator/superconducting transition and to deduce the ultimate vortex velocities on the superconducting side of the transition. In the course of the STSM, the applicant designed and fabrication microwave antennas (coplanar waveguides and microstrips) for the microwave stimulation and detection of the Josephson generation from direct-write superconductor/insulator proximity systems. The applicant investigated the vortex dynamics by combined microwave and electrical resistance measurements and analyzed the superconductor/insulator transition in arrays of superconducting islands. The quasiparticle relaxation time was deduced from the flux-flow instability measurements and compared with estimates made on the basis if magneto-conductance measurements. In the presence of superimposed dc and microwave ac currents, Shapiro steps have been observed in the I-V curves. An analysis of the step voltage has revealed that the appearance of the steps is associated with the coherent motion of all vortex rows in the Josephson-coupled system.